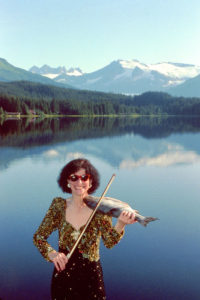 Violinist Linda Rosenthal performs throughout North America, Europe and Asia in recitals, as soloist with orchestra and as a chamber musician. She has commissioned over a dozen works for violin and has earned national acclaim for Strings & Stories, which she created in 1995 at Kennedy Center. Linda is Founder and Artistic Director of Juneau Jazz & Classics, an annual festival that features internationally renowned jazz and classical artists. She is Professor of Music at the University of Alaska and Artistic Director of the Lake Placid Chamber Music Seminar for Adults. Her five solo CDs feature favorite violin encores, sonatas by American composers, and a lively collection of Americna music for violin and piano. Linda plays a violin made in 1772 in Turin, Italy by J.B. Guadagnini. 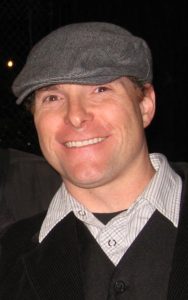 Actor Bill Blush, a native of Los Angeles, has performed Strings & Storieswith Linda since 2000. He has been involved in all aspects of theater including acting, writing and directing. His works have enjoyed successful Southern California runs including This Above All, About What?, Curse You! and Ziggy’s Right. As a performer he has played a variety of roles, including…the kitchen sink. A love for comedy has prompted Bill to perform in and direct several improvisational troupes and, more recently, to venture onstage as a stand-up comedian.